Ldaho mall shooting news : The shooting at a mall in Boise, Idaho, on Monday afternoon killed two people and injured five others, including a police officer. 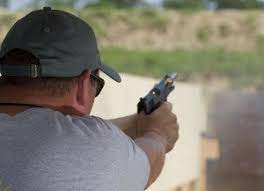 The suspect is in custody after being critically injured, authorities said.

At a news conference, Boise Police Chief Ryan Lee said officers responding to a gunfire report at Boise Towne Square mall encountered a person matching the description of the shooter.

As a result of the gunfire exchange, the officer was injured as well as the suspect was taken into custody, according to the chief.

A hospital treated the officer and he was released, according to the Boise Police Department.

Lee said the first gunfire reports to authorities indicated one victim had been struck and “down.” The cause of death of the second victim is unclear.

Lee said the suspect was in custody despite being injured.

“At this point, we believe there was only one shooter involved, and there is no threat or danger to the community at large due to this incident,” Lee said.

Lee said it was too early to speculate about the motive of the attack.

“This is an investigation that is ongoing, but it is also a tactical incident,” he said. “At this point, there is nothing we can say regarding the motivation behind it – or anything else that may affect the investigation.”

The state of Idaho stands ready to assist the Boise Police Department as they investigate today’s unthinkable shooting at the Boise Towne Square Mall, says Gov. Brad Little on Twitter.

Lauren McLean, the mayor of Boise, thanked police and first responders for coming quickly and showing compassion, and for keeping people safe.

During this period of unimaginable turmoil, Brookfield Properties is “working closely with the Boise Police Department as it investigates the circumstances that led to this terrible tragedy. We are grateful for their quick response and continued partnership.”

Boise police were investigating the initial shooting. An investigation into the officer’s exchange of gunfire was conducted by a “critical incident task force” of the neighboring Meridian Police Department.